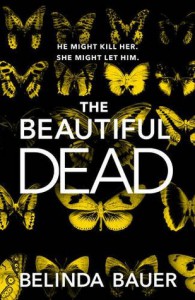 Eve Singer is desperate for the story to save her career. A presenter on the crime beat, she spends her days attending murder scenes. Aware of the competition, from other news channels and from younger presenters, she knows she may soon have to fight to keep her job. Spending her working days at crime scenes and evenings looking after a father hit with early dementia, Eve is running on empty. Little does she realise that a late night encounter will lead her to her biggest story, but one which may also see her loose something even more costly than her job. She may just loose her life.

I’ll admit it took me a little while to get into the story. This partly was due to me not being in the mood for reading, so was not a reflection on the book. Part of the reason was also because I wasn’t particularly taken with Eve. She seemed too selfish and distant, one of the macabre press who inappropriately stalk victims of crimes and their families. Slowly though I got used to her. She still had flashes of that selfishness that first appeared, but other facets of her character emerged to counteract this initial impression.

The killer plays an integral role in the novel. This may sound obvious but what I mean is that he is present from the opening pages. Belinda Bauer makes him a main character. He has his own chapters, narrating to provide an glimpse into the tormented psyche that has created the monster he has become. Driven by a desire to create true art, art that is only expressed through death, he sees himself as an artist, desperate for an audience. It is this which attracts him to Eve. Eve is his curator, framing his art perfectly through her camera lens, commentating to provide the true interpretation of his vision.

The other characters that emerge from the pages are all vivid and fit perfectly into the story. From Guy, the slimy journalist, to Duncan, Eve’s ill father, each add a dimension to the storyline and make the story what it is. The police in the case are not the driving force of the story, but Huw and Emily who appear later in the story are great characters, adding the necessary presence and skill that makes the story more realistic.

There are parts of the story that can be read as commentary on the nature of people’s engagement with each other and the social media age. There are scenes where people film and share gruesome images on social media, where they would rather take images than take steps to help another person and it’s unclear if that failure is due to fear, or the fear of missing out on a story to dine out on.

If you like your psychological thrillers with gruesome murders and a chilling psychopath then this story is for you. The mania that drives the killer is interesting and makes the story seem more real, for whilst not justifying the deaths, it makes them easier to understand. The story is well written, action packed and engaging, particularly the last hundred pages which I found myself racing through.

This is the story of a deadly artist and his muse. It is fast paced, inventive and highly entertaining. It may have been the first book of Belinda Bauer’s I have read, but it won’t be the last. Recommended.